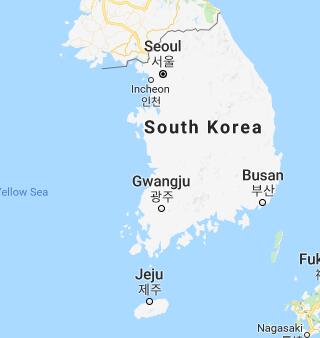 Works Deom whatever country user is located in.

Take your South Korea IP address any where on the web.

Works on any network with an internet connection.

Compatible with the following operating systems:

How to watch Korean Netflix outside South Korea?

For some reason, accessing Korea Netflix from certain countries doesn't let you see all the content. If you want Korea subtitles and audio, then get a Korean VPN to unblock the Korean version of Netflix.  Unfortunately, most VPN providers doesn't include Korea Netflix VPN, most focus on US/UK, sometimes Japan, So can not unblock Korea Netflix.

This is why the classification of your IP address is so important, if it’s a residential one you have pretty much an open door.  However you’ll still be subject to the myriad number of country restrictions that are becoming more and more common online.   Travelling for a week and want to access your bank account, you’ll usually be blocked access from a different country.  Want to keep up with that box set on HBO or the BBC? Unfortunately, you’ll have to wait till you get home as both restrict their site to the domestic market.     The list of sites which allow access based on location is huge and literally millions of people get blocked everyday because of where they live.

So what exactly are residential VPN services and why are they so hard to find?    Well millions of  us have been using VPN services for many years for a variety of  reasons.  Ranging from the need to hide your IP  usually involving online privacy, security and bypassing all these stupid region locks that appear all over the internet.   Also for travellers using unsecure wifi, it was essential to use a VPN connection, which many employees were able to obtain from their companies.

The difference between residential VPN services and a standard one is simply the type of IP address that is assigned to your connection.

There are in fact two distinct groups of IP addresses -

VPNs have survived longer because the encrypted connections are much more difficult to identify and you can also dual stack them with each other.  However these too have now begun to be blocked particularly by the media giant - Netflix.   Nearly all VPN services are now blocked by Netflix, you'll get this warning message if you try and use one

What Netflix is doing is not trying to detect the VPN or proxy itself but merely  the source of the IP address.  If it originates from a standard data center then it is deemed to be a proxy or VPN access service and blocked.  Netflix now only allows access to residential based IP addresses assigned from an ISP.

Almost overnight every single VPN service became useless for accessing Netflix  because most weren't on a residential internet address - which was quite upsetting to many of us!  Fortunately the services are beginning to fight back and a couple of the most advanced services like Identity Netflix VPN are already bypassing these blocks again.

There are not many of these residential VPN services available yet simply because the technology to assign them is quite new and these addresses actually cost much more than standard IP addresses.   It is expected though that many of the other big media sites will follow Netflix's route in the future and block all non-residential traffic.